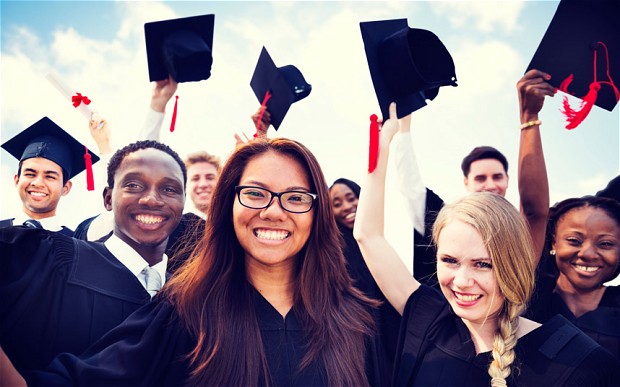 The market of accounting jobs is sustaining a recession due to the fact that Australian students have turned their back to the accounting sector. In this recession, the only thing that is pushing the accounting educational market is the deep interest of overseas students.
“In 2013, a huge jump of approximately 40 percent was recorded in the count of students enrolling in postgraduate accounting programmes, and the reason behind was the continual enrollments of overseas students.”
The students who belong to different nations are leading the count of Australian students studying postgraduate accounting courses. As per FDE (Federal Department of Education), this count is massive as it comprises 79% of the total accounting students i.e. 17,600 in 2013.
When talking in terms of undergraduate accounting course, overseas students bag 55% of the total share among 25,400 students. In 2014 this, percentile ranked higher as more international students started enrolling into accounting courses.
The only thing that magnetized Australia to permit these students was the fee-structure. Another factor was to fortify the educational institutes from the potholes of financial crisis.
In 2013, it was recorded that the sum of international accounting students has resulted in a gigantic group that ranked as the second-largest group of enrollees on the basis of both undergraduate and postgraduate levels.
The count of local postgraduate accounting students fell to a considerable 8 per cent within the same year when overseas students were hopping in.
This tremendous migration and enrollment of international students has given birth to a scenario where the job market is getting tighter if they prefer to bestow their accounting services in Australia after the completion of their graduation.
The profession as an accountant bestows the international students with 485 Temporary Graduate Visa which rewards them with a timeframe of 18 Months to serve as an accountant in Australia.
As per a report submitted by the Australian Financial Review, the overseas accounting students are facing severe challenges in securing decent accounting jobs, because the employers are unwilling to hire employees without permanent residency.
Local graduates are getting some added benefits due to this.
Don Rankin- Executive Director at Pitcher Partners (a mid-market firm) divulged that their company had 85 vacancies for accounting graduates and approximately 2,000 applications were filed against the 85 positions, and that amounts to 23 applicants for every vacancy.
The Graduate Careers Australia told that the current situation is sustaining the highest unemployment rate in Australia since 1992. This is so because one out of every four domestic degree holder is still scrutinizing for jobs, even after four months of completion of their graduation.
Some complaints regarding graduate quality:
Grant Thornton – Another celebrated firm disclosed that it employed approximately 100 graduates in this year but the company faced severe complaints from the clients regarding the quality of work- said Robert Quant (Chief Executive Officer of Grant Thornton).
He further questioned the reasons behind this degrading quality of accounting services and pointed his questions towards the end of to-pnotch accounting or the massive shift in the accounting quality that firms need; but accountants are unable to provide.
Quant said-“Our firm requires skilled professionals, and we are hiring from distinct pools.”
Industrial bodies like CAA (Chartered Accountants Australia), CAZ (Chartered Accountants New Zealand) and CPA Australia reported that Australia is running out of skilled accountants.
Kevin Thompson- a member of Federal Labor has requested to terminate accounting from the Skilled Occupation List, for the betterment of the situation.
Kevin further said that “The number of international enrollees into accounting courses has left a state of pressure on the local graduates”. Also, he laughed at the statement which said that Australia is running short on accountants. The number of accounting applications filed every year is breaking the bars of other professions, as per Department of Employment.”
The Assistant Minister for Immigration and Border Protection- Michaelia Cash said that “while taking a charge of the current situation, the Government has made significant changes in the student visa program to bring in flair of competitiveness so as to upscale the Australian education sector’s integrity.”
These changes incorporate the requirement of a temporary entrant requirement which came to light in 2011 and was implemented in 2012 to embrace the bleeding edge of visa issuing procedure, along with a working visa on temporary basis which was first issued in 2013.
“Only a few number of students will be granted the permanent independent skilled visas” said- Senator Cash.
“The students practicing accounting hold a very important place for us, and having international students on board is indispensability for the sake of revenue generation” Deputy Dean of Monash Business School said.
John Findley who is a renowned migration agent and holds expertise in educational field told the sources an astounding statement.
He said “I personally feel that the number of international post-graduate students was hitting normalization after the widely recognized drop in 2010 and 2011 because of some significant transformations in the migration policy. Also, the rumors about the termination of accounting from Skilled Occupation List and rising value of Australian Dollar fueled the fire and made overseas students to land in Australia and enroll in Accounting Sector.”