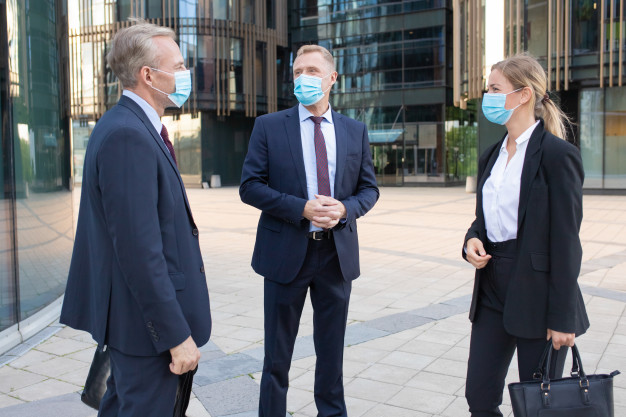 If the career ladder was dying before the outbreak of coronavirus, it is certainly dead and buried now.

Jim Bright, an organisational psychologist, and owner of Bright and Associates Career Management has been talking about the inherent uncertainty of careers for 20 years.

That uncertainty is, even more, the case now, as COVID-19 has turned many industries and companies upside down, forcing them to furlough or lay off staff.

Think of the 35-year-old who was planning on a long career as an international pilot. Or the graduates who in early 2020 embarked on training programs in the tourism and travel sectors.

“They’ve had the rungs cut away from underneath them,” Bright says.

Louise Watts, a careers coach and co-founder of Transition Hub, argued that the acceleration of technology adoption over the past 12 months meant companies were scrambling to update their business models, which required new skill sets.

In turn, this made it even more difficult for them to offer steady, long-term employment to existing staff.

Eventually, companies may play a role in upskilling and reskilling existing employees rather than hiring talent, but not immediately.

“Organisations are slow. Particularly with COVID, they’ve been more inclined to go with: ‘We’re just going to survive this, and then we’ll think about what we’re going to do about skills,'” Watts says.

“If people haven’t seen the fact that their job might be changing, they’ve got their head in the sand. They need to take control of their own career so that they feel like they’ve got some sort of ownership over it.”

Jake Humphries is unfazed by the demise of the career ladder. Humphries, 22, is a project manager at pre-made meals provider Workout Meals, and can barely imagine working for the same employer for more than five years, let alone 20 or 25.

In the meantime, he loves learning new skills on the job and is clearly prepared to turn his hand to anything that is going. He certainly has no interest in any linear career path.

Humphries’ role entails everything from stakeholder management, helping out with the food packaging, arranging marketing and advertising campaigns, and organising video shoots.

He has previously worked as a sales supervisor in a gym and a sales manager at a leasing company.

“I definitely think you have to have the right attitude to learn and to get to grips with things quickly,” Humphries says. “I like to keep learning and keep meeting people.”

Employees need to take their careers into their own hands, experts say. Here are seven tips for doing just that.

Watts recommends workers ask their employers what skills they should be developing to meet the company’s needs of the future.

“Ask what skills you should be learning. Ask what you can be doing in your own time to develop yourself for future opportunities. I think the employee needs to be much more proactive than ever before.

“Don’t just be in the old ways of sitting and waiting and hoping that things continue, or that you get that next promotion, or that someone says: ‘Let’s have a career conversation.’ It’s not happening.”

Bright says it is critical to loosen attachment to goals, because having set, unmoveable goals could lock you into a particular path, which may cease to be the best path.

“Goals can lock us into a desired future, which may actually blind us to better opportunities which could be come up along the way,” he says.

“You need to be in a state of preparedness, to be able to take opportunities when they come, and that means losing your expectations around the career ladder.”

3. Research the skills in demand

Jason Brown, a lecturer in careers and employability at La Trobe University, notes that LinkedIn’s economic graph provides a rich source of information about skills in demand.

“You can type in your current occupation and location to see what other jobs closely match your current skills and what new skills you could pick up,” Brown says.

4. Develop at least one new skill each quarter

“If there are limited opportunities to do this within your company, complete an online short course or micro-credentials to develop and have your new skills validated.

“Universities are now offering one and two-day courses to quickly update a specific skill.”

Watts agrees that short courses are often what is needed, rather than lengthy postgraduate degrees such as MBAs. She also notes that in many cases, online learning is free. The cost is your time.

Watts suggests using LinkedIn as a source of keeping abreast of developments in your field and industry, as well as others.

“It’s not just learn, but it’s also be curious and start to really participate in conversations, understand what organisations are doing.

“Pay attention to what the best companies in the world are saying, what are they encouraging their people to do and what are their people saying. LinkedIn used to be seen as a directory that someone can find you on.

6. Think about your values

Think carefully about your personal values and about your boundaries, Bright says.

“Think about what you are prepared to do and not prepared to do because you can easily end up agreeing to doing things which take you way away from either your interests and your skills set, or your values.”

7. Think carefully about aiming to be the boss

Bright has met a lot of senior executives who were dissatisfied with work because they no longer used their original skillset but were focused purely on management.

“They are spending their time doing something they have no desire to do, which is management, simply because there’s nobody better to do it, and they get paid more.

“They’re locked into a treadmill of needing that money to afford their lifestyle, or they get themselves locked into social comparisons, so they feel they’ve got to keep up with others.

“And they end up in management roles, for which they are not particularly temperamentally well suited, on the assumption that managers are somehow superior.”