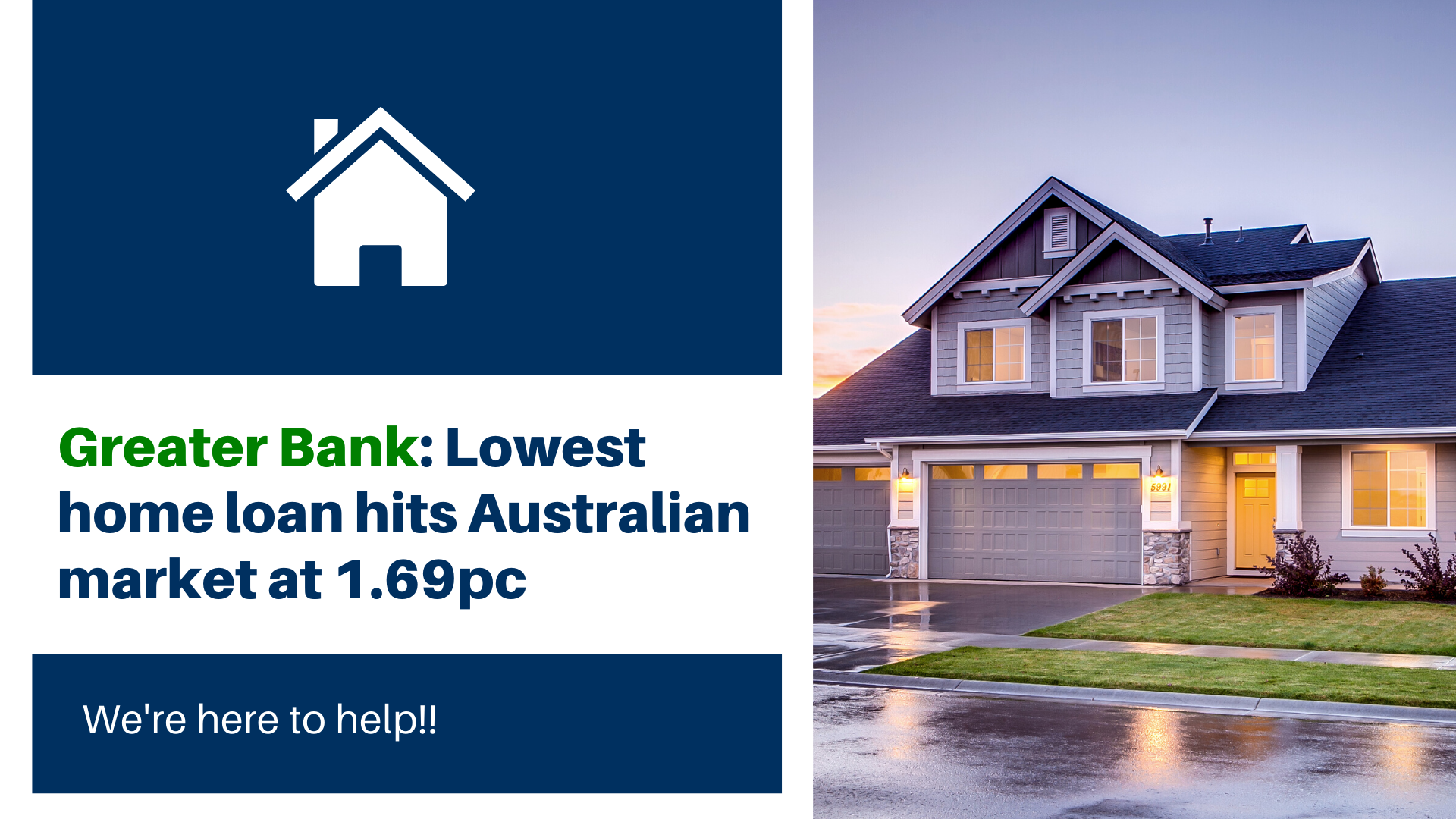 Customer-owned Greater Bank has dropped its one-year fixed rate to 1.69 per cent, the lowest owner-occupier loan on offer within Australia.

Greater Bank’s deal, which pays both principal and interest, is only available to customers in NSW, Queensland and the Australian Capital Territory.

The two loan schemes offered by the bank revert to an ongoing variable rate of 3.66 percent and 3.46 percent respectively.

“At 1.69 percent this is the lowest home loan rate we’ve ever seen, but it’s important to remember that it only lasts for one year.”

“While the revert rate is more than double the fixed-rate, borrowers could still potentially be better off if they keep on their toes and refix, refinance or renegotiate after the first year.”

RateCity calculations show borrowers would be $3849 worse off over five years if they decided not to switch their loan with Greater Bank after the 1.69 percent deal ends.

Smaller banks are dropping rates well below what the big four are offering in an attempt to try to claim as many customers within a crowded and competitive lending market.