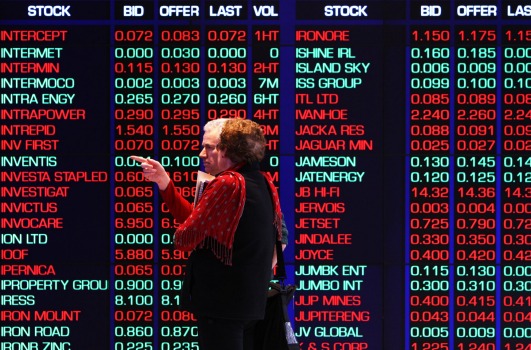 The Australian Taxation Office has affirmed that it will carefully examine the individuals share trading data of the year 2014 (as a segment of its data matching program).

On Tuesday, the Tax Office declared that it will have a peak into over 500 million share trading records along with the new records that are acquired from the Investments Commission and Australian Securities.

This will lead to above 500 million shareowners facing an audit of all their movements in trade- which will include time and quantum of trading, tax returns, price data as well as the other records maintained by the ATO.

It might also happen in the future that the information on shares will also be appended to the prefill service of ATO.

The Assistant Commissioner of the ATO- Kath Anderson has made a statement that the information on shares will also include the already maintained records from the exchanges, share registries as well as the brokers.

She said-“ We will utilize such details and information to recognize the individuals who have done an inadequate reporting of their share transfers or sale as capital gains or income in filing their returns”. She further added that such an extended data access will assist us in the protection of the individuals who are paying their taxes honestly. This will also assist in ensuring an equal level for all.

The Tax Office has also got a proof that some individuals were intentionally making errors in paying taxes while reporting their losses or profits from the shares.

Around one-third section of the adults of Australia has invested in shares and this gives a point to the ATO to carry out this data match for generating some extra revenues on taxes.

Ms Anderson says- “We have noticed much of errors by the individuals who are not regular share traders and do not know about the implications of taxes”.

“Our purpose is to assist the agents and the taxpayers to get the right returns for pre-filling the desired information so that the taxpayers can be prompted to include the shares disposal in their returns at the right label”.

The ATO will contact the people about the profits in their share trade and those individuals can cross-check the information prior to any compliance action. They will also be given a 28 days period to rectify or clarify the information.

As per the ATO- In July, tax revenue of $8.7 billion has not been collected from the 9.6 million tax paying individuals of Australia.

93% of the Australians are good tax-payers while 6.4 % of the individuals are responsible for the tax gap.

The taxpayers have the right to rectify any genuine errors in the income tax return without having the need to pay any penalty. However, the ATO will take an action against the ones who will make intentional endeavors for averting taxes.

Ms Anderson says- “ If you have made a mistake and have later realized it, get in touch with the ATO quickly”.

“Your penalties might be cut down to a great extent in situations of contact to the ATO before the audit takes place. If you are not doing so, the penalties can rise as high as 75% of the differences of taxes not paid”.

It is recommended to the shareholders to maintain complete records of their sale prices and their purchases, along with the brokerage charges. The record about the left over shares is also required to be kept where there is a sale of a section of the share holdings.

Revenues on the capital should also be affirmed in individual returns and losses should not be submitted as deductions.

The losses of the year can be offset against the revenues on capital, while the non-adjusted losses can be taken to lower down the future gains on capital.

The ATO declared on the last month that it will aim on the people of Australia who are leaving their income on abroad and cash payments from their yearly return on taxes, taking help from the data matching technology.