How to make your Meetings more Productive 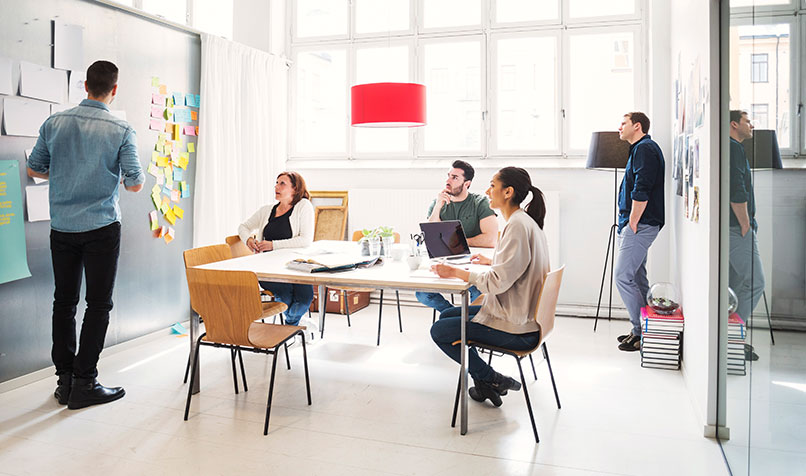 On asking many individuals from the corporate world to describe their life at work in a few words, the answer we got was meetings, meetings, and meetings.

It is extremely true, do you know the majority of officials are always occupied with a lineup of meetings one after the other regardless of the productivity of meetings.  Most of the meetings end up with the staff snacking up after exchanging a few words on the purpose of the meeting.

With the outbreak of pandemic COVID -19, the new era began as the world switched to virtual meetings through video platforms. Unfortunately, the result is just the same, bringing no difference in official meets’ productivity results.

Do you know the quantum of work can be done in a 6 hours meeting? Is it possible for a group of people to work continuously for a long period? The figures reveal the story otherwise, as only 10-15 % of meetings end with a solution or agreement. On the contrary, most meetings are either adjourned for some other day or conclude with no outcome.

Do you know the majority of meetings as per facts and figures are a waste of time and resources?

Half of the day of an executive is occupied with meetings. It is being found in a study that nearly 71 % of folks at the managerial level believed that meetings are useless and inefficient. Surprisingly, in another survey, it was found that only in 30 % of meetings did the meeting’s purpose be discussed. It is indicating that in 70 % of meetings, the participants get involved in other work.

All that is anticipated is the estimated cost of unproductive meetings is extremely high, which businesses are incurring unknowingly or helplessly.

Where there is a will, there is a way, and companies need not bear these so-called unavoidable expenses of an unproductive meeting, which at times elevates the loss to millions.  The culture of business houses needs to undergo change as regard meeting is concerned, and so has to be the purpose of the meeting. The objective of the meeting should be mentioned, and so should be the role of those who are supposed to be a part of the meeting.

To know more about the productiveness of the meeting, have a look at the points underneath that contribute to making a meeting a success-

Not just in context with a meeting, but with proper and beforehand planning, half of the battle is won. Ineffective meetings are the outcome of weak and improper planning. It is recommended to send the purpose of the meeting and relevant information beforehand to expected members to avoid any wastage of time in acquainting the members regarding the purpose.

To make a meeting lucrative, make sure to involve the elements of PAO, i.e., purpose, agenda, and outcome. Meetings should either be for information purposes, for a decision, or for finding a solution to any conflict or issue.

2. Work upon the duration of the meet as per its purpose

If a meeting’s duration is fixed or has time constraints, wastage in chit-chatting or in other irrelevant things during the meeting can be avoided. It gets mandatory or urgent to complete the work before the time for members of the meeting. Moreover, we human beings, deliver the best work when either under stress or have time restrictions.

The major hindrance in virtual meets is an obstruction in the voice as it often cracks or gets lost.  If you are opting for a breakdown feature, it is suggested to conduct meet with two or three employees. Segregate the members as per their role, topic to be discussed along with those with a high-speed internet connection. This type of allocation in a group can surely make the meet productive.

4. Scheduling of meeting as per its purpose

Meetings that don’t require deep thinking or much of brain work and rather just information or updates are to be shared should be scheduled in the second half of the day when the brain reaches the stage of saturation. Whereas meeting requiring decision making or finding a solution to business issues shall be scheduled in the morning as almost everyone is fresh and charged with mental and physical energy to think and decide in the best interest of the company and employers.

5. Be prompt, punctual, and strict as regards as time is concerned.

It is a common custom to start the meeting late for one or another reason. The organization pays for every second you spend while working in an office and imagine the loss if a group of people assembled for meetings starts the meeting late by 10 minutes.  You may not be versed with the fact that just a few minutes late in the commencement of meetings cost millions to organizations.

6. Keep your phone on silent mode or far from you

Mobile phones are the biggest distraction in virtual as well as face to face meetings.  Notification beeps or calls do attract the attention of people no matter how seriously they are attending the meet. Eventually, the mobile phone is browsed when things get a bit boring in the meeting by members. It amounts to not just wastage of time of all in the meet but is ultimately the loss of the company.