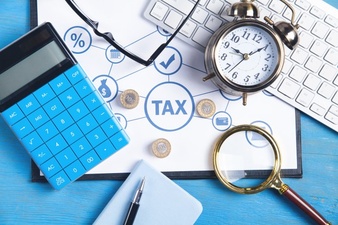 The ATO announced tax cuts in this current year’s tax time, which means taxpayers in Australia are likely to receive an average of $2820 or more from their tax return. Aussies whose earnings are less than $126000 are likely to get $1080 as a tax cut. However, many people are expecting to receive more extra cash into their accounts.

This is because Aussies are making common mistakes that could prevent them from receiving even higher returns or, in extreme cases bearing a fine. Vanessa Stropkov, financial commentator and money expert, said the lockdowns had limited the cash flow for Aussies, which means this year, people are likely to save their tax returns.

On the other hand, most people are likely to lodge their returns. Still, you should know that even a simple mistake could result in getting audited, which further can delay the process of depositing that money into your bank account or lead to bearing fines.

So it would be better for you to do it right. If it is possible, you should hire a professional accountant for lodging your return because they are well versed with the working of the tax return system and help you avoid any unwanted errors.

And their fees are deductible on the next tax return. According to the Australian tax authority, people are likely to make three mistakes during tax time.

Leaving out some of your income earned from a side hustle or a part-time job can become a major issue because the ATO officers are also focusing on these kinds of incomes. That means if you have earned some income from doing freelance work, babysitting, or anything else alongside your full-time job, it’s essential to mention both full-time and part-time income before lodging.

No wonder many people are considering the gig economy to provide for their families during the pandemic time. You should know that the ATO is well aware of these types of side hustles, which means they are keeping a close track of the gig economy with the help of matching data.

People working in a gig economy work as individual contractors. That means whether you do freelance work, odd jobs, drive people around, or rent out your car, or sell products online, you have to include all those income in your tax return. But the good news is you are allowed to deduct your expenses from this income.

Another major mistake that most people do during tax time is claiming their deductions for personal expenses. You should understand the fine difference between what things are and are not included in lodging as a deduction. For instance, most Aussies try to claim the expenses for distance travelled from home to work.

However, it should be claimed for traveling from one workplace to another. You should remember that the cost incurred on daily commutes like a car or train rides is not deductible. You have to pay yourself. The ATO is concerned about the expenses incurred after you begin your daily grind and ends when you leave are private.

But the expenses incurred like petrol or train fares are not claimable. However, there are some exceptions to this situation. If you don’t have a fixed place and are required to carry equipment or bulky tools, and you have to travel to different locations during the day, you might be able to make some serious claims. Be sure about those claims because the ATO keeps a close track of those exceptions.

One of the biggest mistakes that most Aussies make before lodging their returns. You should know that the ATO can ask you to provide the evidence and receipts of the last five years or from the late, you have started lodging your claims. Lodging for something you don’t have any valid receipt or evidence of can be a great red flag against your claim. So, it would be better for you to put together your documents and receipts.